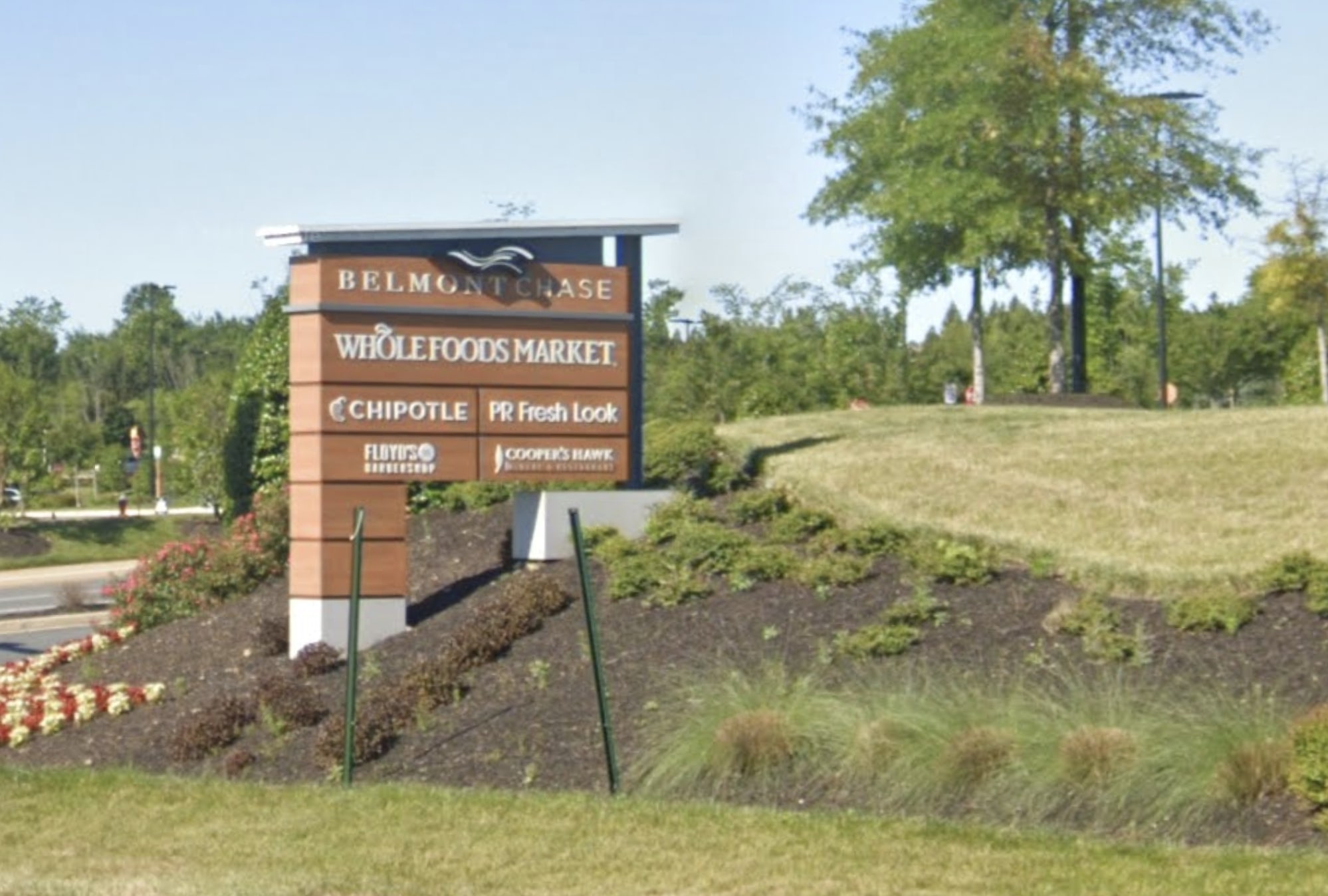 The Belmont area of Ashburn could be getting new restaurants, a new gas station and convenience store, and a new car wash. That’s according to preliminary plans filed with Loudoun County.

The location is what’s being called Phase II of Belmont Chase. The Burn first told you about the project late last year (see story here).

The new Phase II would be just across the street, on the other side of Claiborne Parkway. The retail buildings are scheduled to be built next to the street, in front of the adjacent townhome community currently under construction.

It’s worth noting that there is no “fast food” at this major intersection currently. The existing Belmont Chase has several fast casual eateries, such as Chipotle, Cava and The Habit, but no drive-thru restaurants.

There is also a structure designated as a car wash next to the gas station. However, based on the size, it appears to be larger than the usual small car wash seen at a gas station. The design appears to include 11 vacuum stations where customers could clean the inside of their vehicles after going through the “tunnel” to have the exterior washed.

This news comes amidst much upheaval in the local car wash scene with the arrival of mega-brand Flagship Car Wash, which has taken over at least three existing Ashburn car washes. Read our report on the changes here.

The plans filed are dubbed “preliminary concept” plans so there is a solid chance that the layout and retail offerings could change as the landlord works to line up tenants. But they nevertheless give local residents an idea of the types of businesses that are being pursued. Stay tuned!

The Lazy Daisy opening next month at the Village at Leesburg