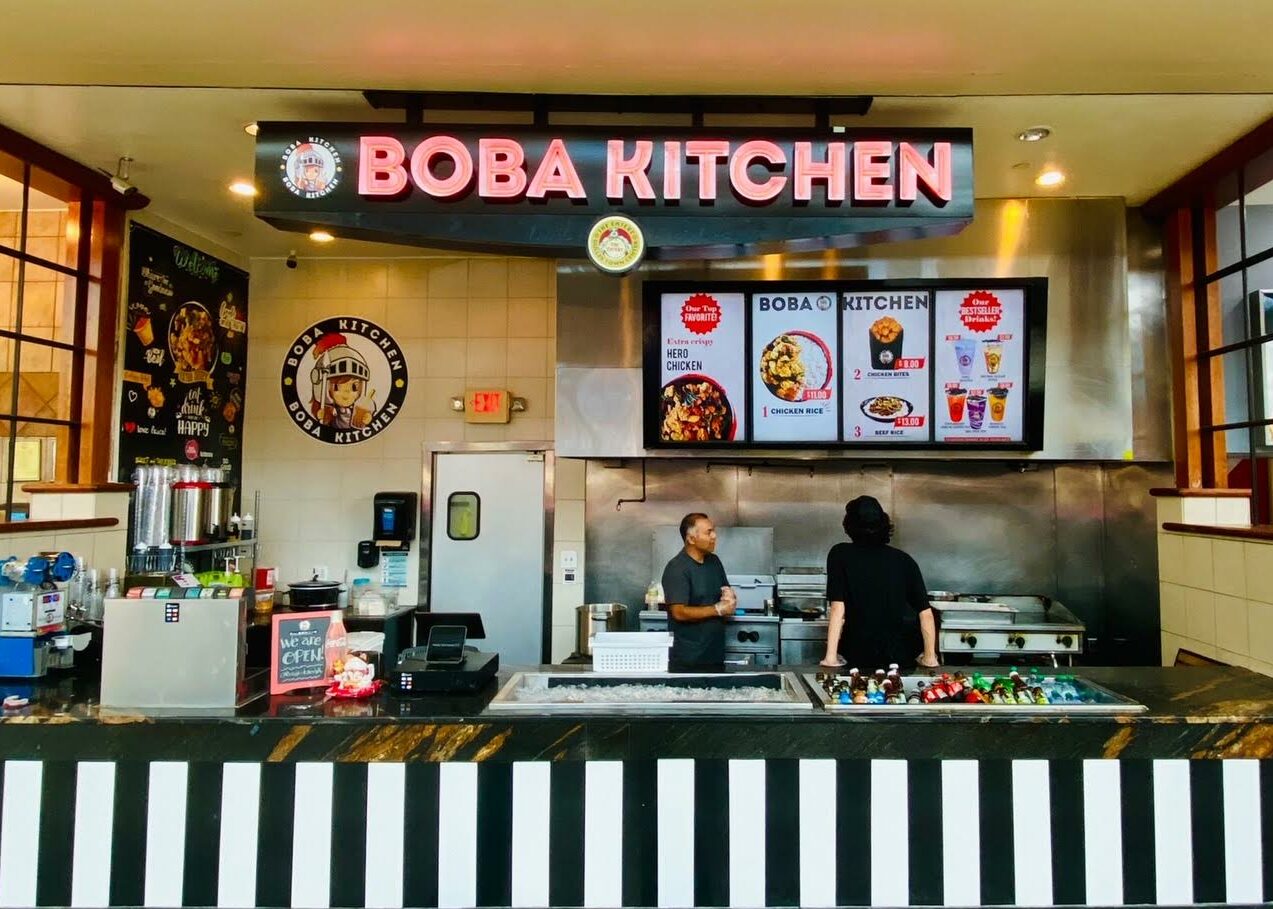 Two new restaurants are on the menu for the food court at the Dulles Town Center shopping mall in Sterling. One opened this past week — and it looks like a second could be opening soon.

First up is Boba Kitchen, which just opened a few days ago in the space vacated by Chopathi India Kitchen (which still has a location in Ashburn at Goose Creek Village).

Boba Kitchen has a simple menu of Taiwanese fried chicken served with rice. It also has a beef and rice dish, and boba teas.

The Burn sampled the Taiwanese fried chicken, and it’s a small chunk of chicken meat, breaded and fried and drizzled with a lightly sweet sauce. Similar to what we might call “popcorn chicken.”

Boba Kitchen is part of a brand that is popping up around Loudoun County. Besides the new food court space at the mall, the owners also have the Panda Tea House on the lower level of the mall. Panda Tea House specializes in rolled ice cream, as well as boba tea and other treats.

And out at the Leesburg Premium Outlets in Leesburg, there is a related store called Boba Hero that sells things like manga, funko pops, and trading card games. And also, of course, boba tea. 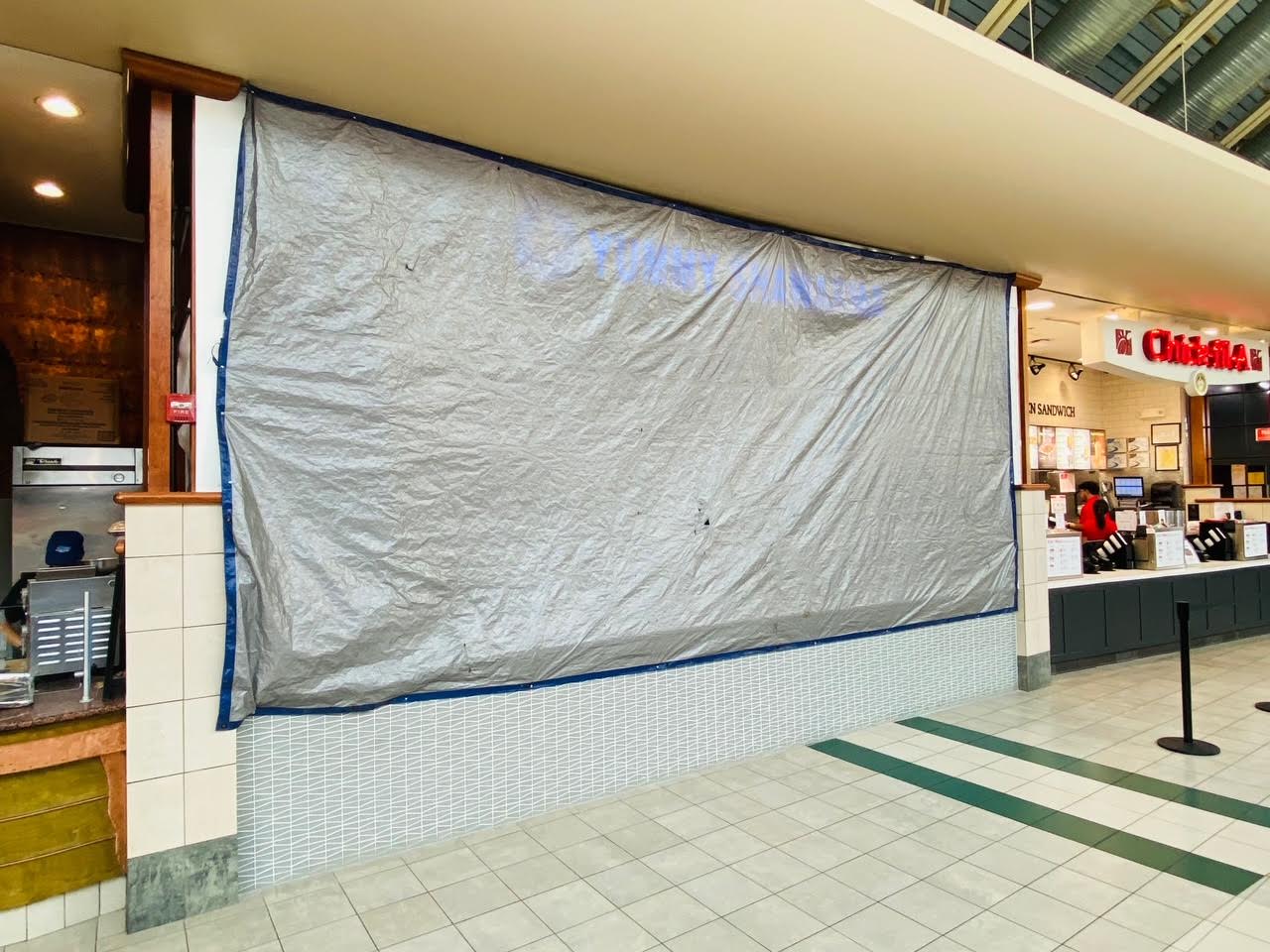 Meanwhile, back at the DTC food court, there is another restaurant space shrouded in a tarp. We peeked behind it and it appears to be the future location of Yummy Shawarma, a new shawarma purveyor that The Burn first reported about back in April.

No word yet on when Yummy Shawarma will open — but with several other kiosks in the food court sitting empty, it’s nice to see some new life coming in.