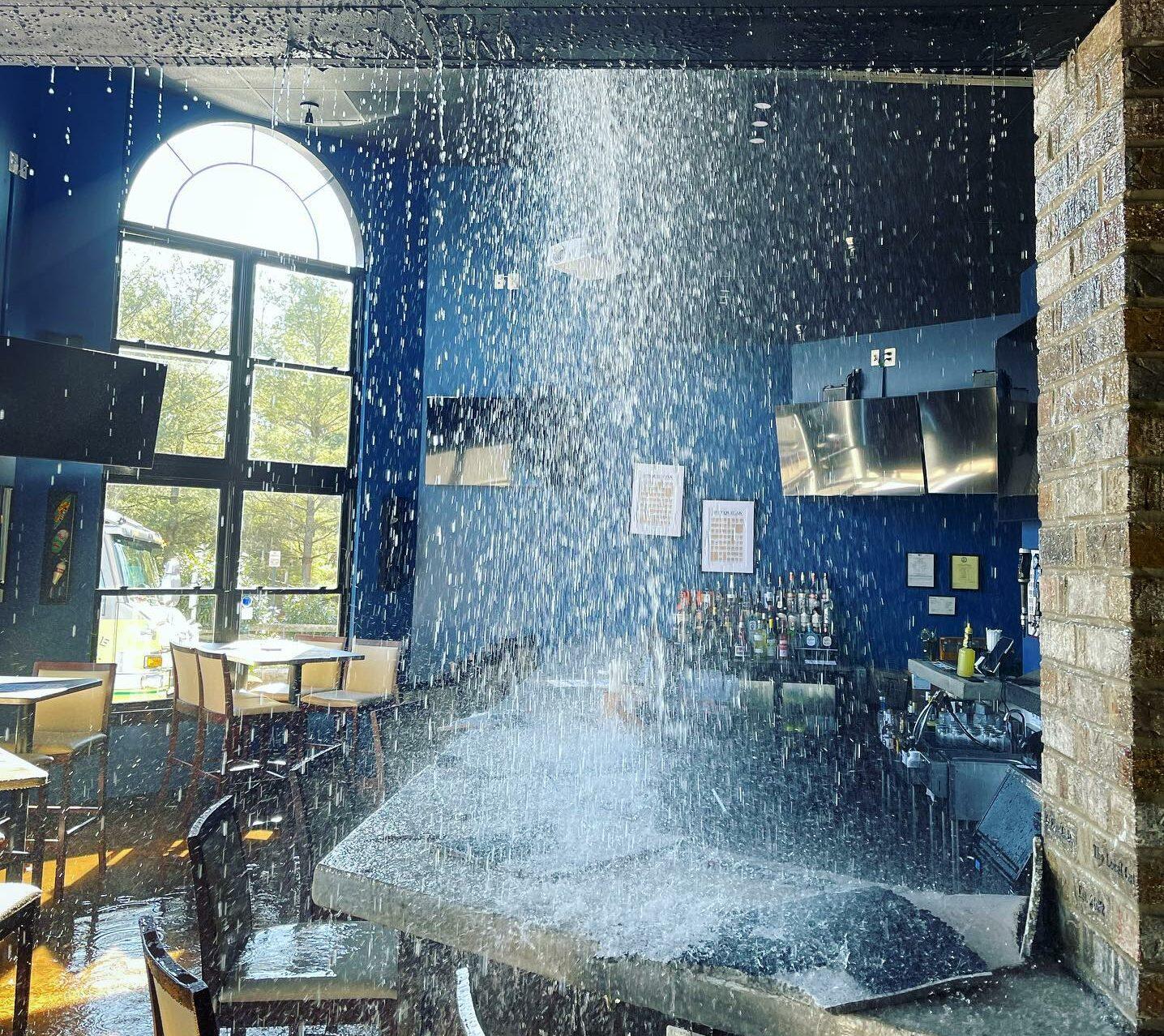 The best laid plans of mice and men… that’s probably what the folks at The Local Cut are thinking after a pipe froze and burst right above the new restaurant’s bar. The anticipated opening of the Purcellville establishment has now been slightly delayed.

“As much as we had hoped drinks would’ve been flowing through our doors this Christmas Day… water was instead,” the Local Cut team wrote on social media earlier this week. “We unfortunately had a pipe freeze and burst above our beautiful new bar. We aren’t letting it get us down though! Our grand opening will just be slightly delayed now. We have already started the repair process and will keep you updated.”

It was just two weeks ago today, The Burn published a first look at the restaurant’s new menu — featuring appetizers, burgers, salads, sandwiches and more.

We also told you how the restaurant has a unique “split personality” — with a bar and full-service dining room on one side and a fast-casual counter service space on the other.

At that time of our report, the owners expected to be opening up within a matter of a couple of weeks.

The Local Cut, which is coming to the the Maple Shops at East Main Street and Maple Avenue, has been in the works for several months now and there’s a lot of excitement building amongst foodies in the P’ville area. A short delay to clean up the watery mess isn’t likely to dampen the enthusiasm.

Scenthound dog grooming in the works for Lansdowne