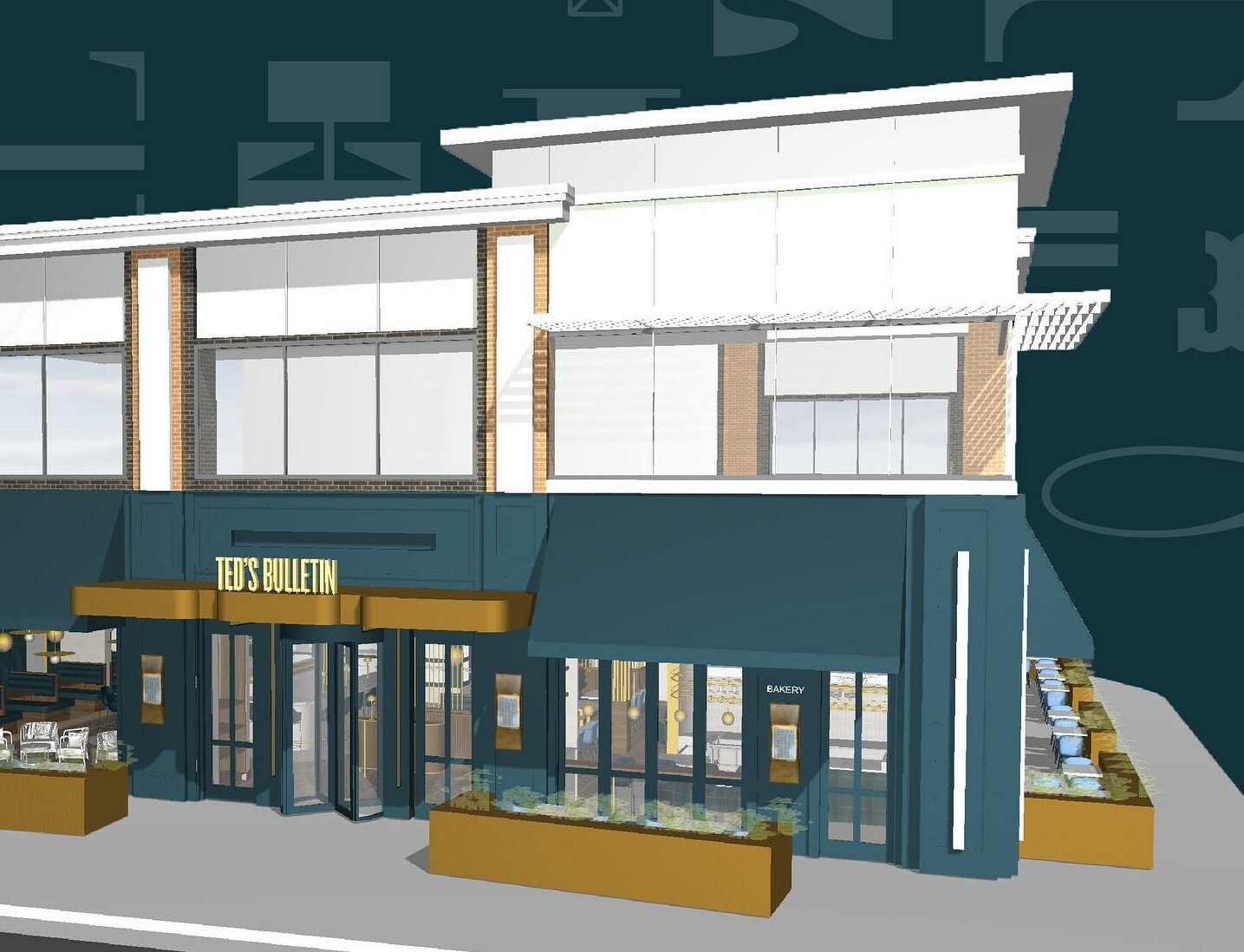 Loudoun County’s first Ted’s Bulletin location is under construction at One Loudoun in Ashburn and now we know that they are aiming to open in February if everything comes together on schedule.

The word came via a social media post this week sharing some artist renderings of the new restaurant along with a note that they are opening at One Loudoun “next month.”

Hiring for the new restaurant is also in full swing with interviews underway in a nearby space in the dining and shopping center.

According to the company’s website, there are six Ted’s Bulletin locations currently. The closest one to Loudoun is the Ted’s over at the Reston Town Center. The One Loudoun location should be No. 7 for the DC-area brand.

The menu at Ted’s Bulletin is described as a modern take on American food and drink. They offer all-day breakfast, as well as appetizers, salads, soups, entrees, shakes, and a line-up of beer, wine and cocktails. You can see the full menu here.

The Burn first told you about Ted’s coming to Loudoun last March. And in June, we gave you a sneak peek inside the upcoming restaurant.

Now, it appears an opening is on the horizon. We’ll keep you posted when an official date is announced.

Sneak peek inside the new Leesburg Pupatella opening next week