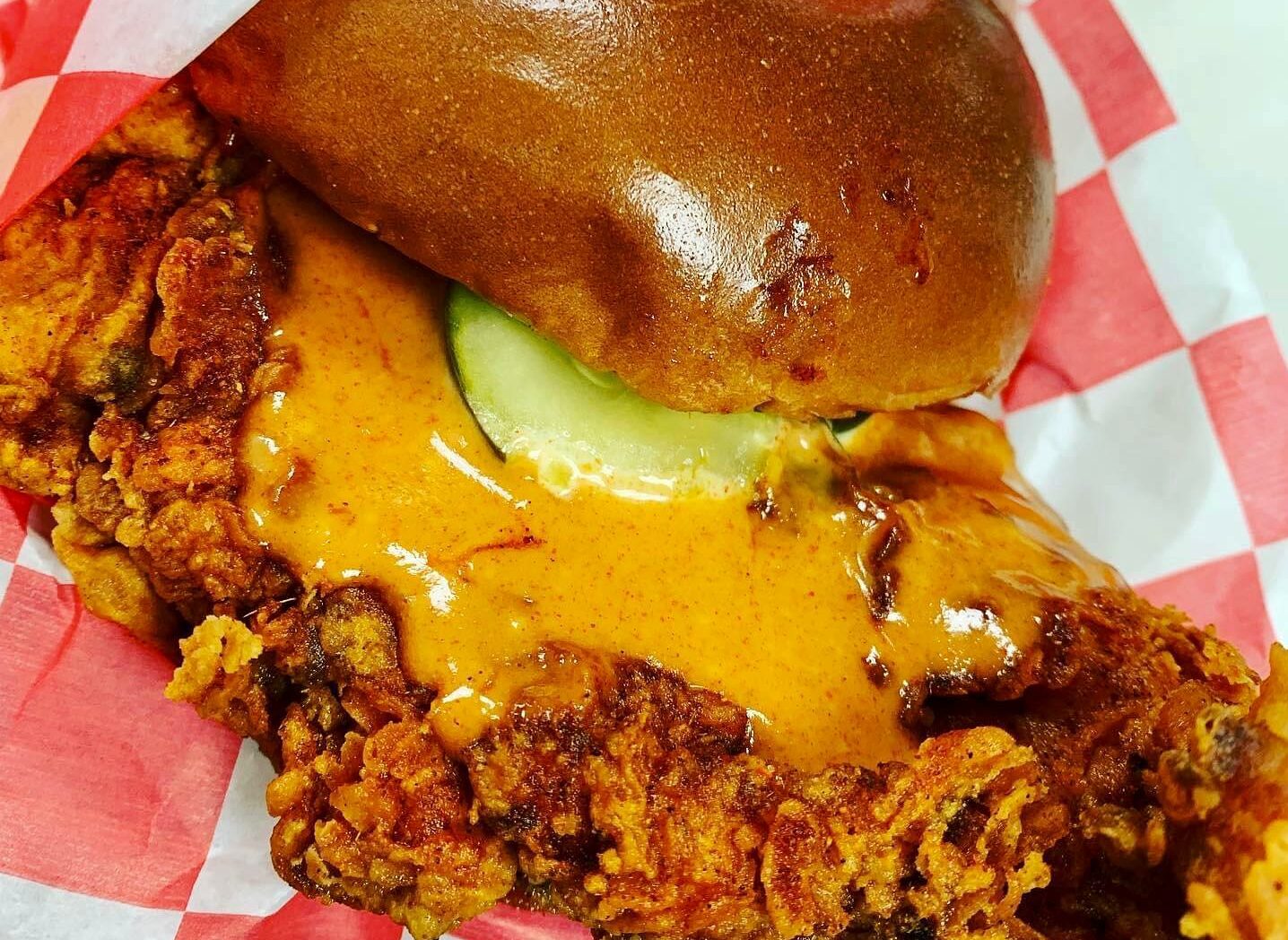 It was just the other day that The Burn reported on a new Hangry Joe’s Hot Chicken restaurant coming to Ashburn. Now, we’ve gotten word that a Hangry Joe’s location is in the works for Sterling too.

The fast-growing hot chicken sandwich chain is headed to the Town Center at Sterling. This is one of the area’s oldest shopping centers, located at the corner of Route 7 and Dranesville Road. Other tenants there include a Giant grocery store and a Planet Fitness gym.

It looks like Hangry Joe’s is taking over a space previously occupied by a Subway sandwich shop. (This is just the latest example of a Subway closing — something The Burn wrote about earlier this year.)

We first started reporting on the Hangry Joe’s brand back in 2021 when they launched their first store near Richmond and announced they were actively pursuing locations in Northern Virginia.

Just last week, we got word that a Hangry Joe’s is coming to the Cameron Chase Village Center in Ashburn, by the Ashburn Ice Rink. We also have reported that a location in Leesburg is on the company’s radar.

But Hangry Joe’s didn’t have Sterling on its list of communities it was targeting, so the new Town Center location came as a bit of a surprise. (Shout out to reader Jackie B. for bringing it to our attention.)

Obviously, it’s too soon to know an exact opening date for the new restaurant, but building permits have been issued, so early 2023 should be in the cards.